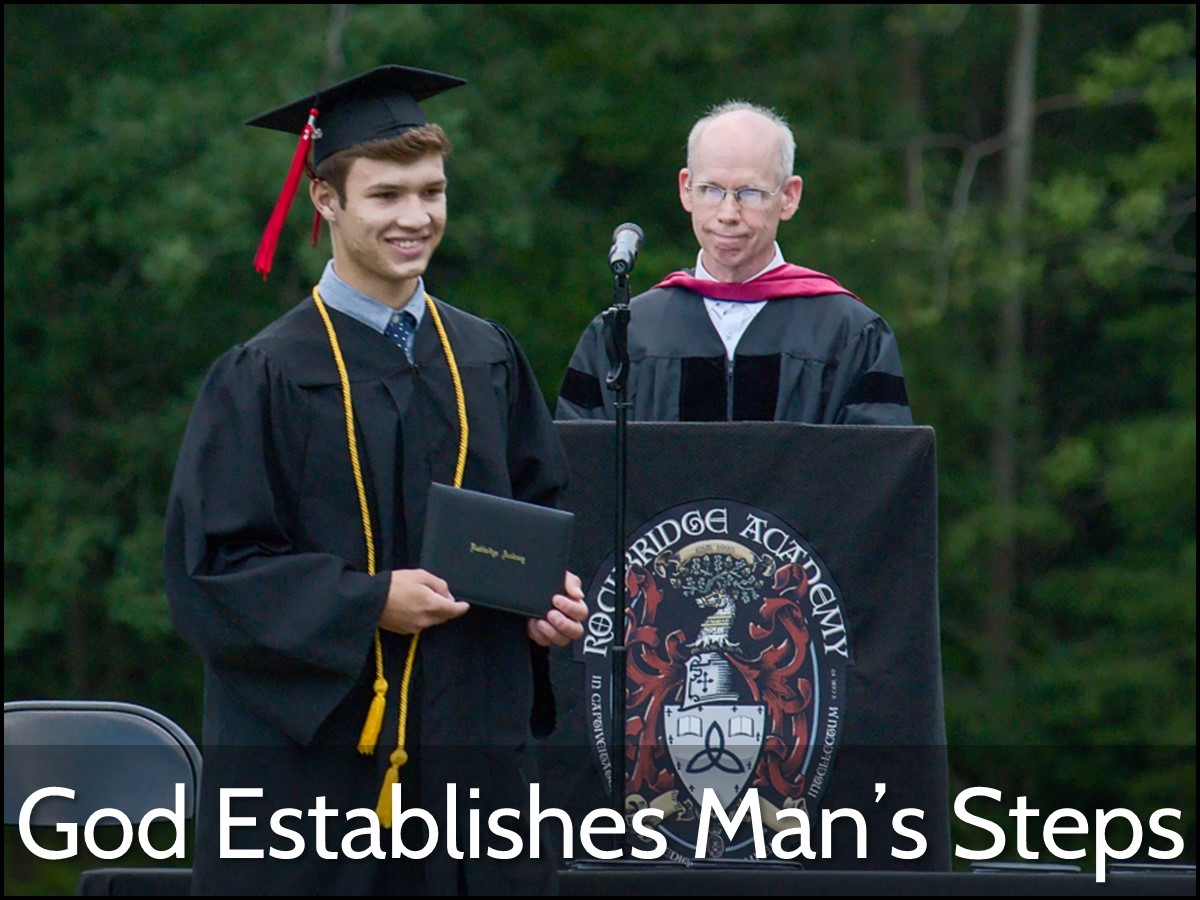 I’ve spent the last four years at Rockbridge Academy. These four years have been more developmental for my mind, character, and personal relationship with Jesus Christ than all the other fourteen years. In this time, I’ve developed a deep love for everything that makes up Rockbridge. The fact that my time at Rockbridge is over has brought me a sadness I’ve felt for no other earthly institution. But I’m glad that leaving Rockbridge is so hard, because if it was easy, I wouldn’t have had such a strong tie to the school and it wouldn’t have been able to affect me in such momentous ways. Rockbridge and I were mentally, physically, and spiritually involved with each other, and I reaped mental, physical, and spiritual benefits.

I love soccer. I’ve been playing for the majority of my life and it’s something that I really enjoy. Running onto a soccer field with a ball at my feet signals my brain to forget the stress of my homework or job or life and take a bit of time to refresh and reset. I played all four years at Rockbridge and in 11th grade, I was part of the team that won the playoff championship. Winning the championship set high expectations for my Senior year and I hoped to bring home the title a second time.

However, that was not God’s plan for me. As Proverbs says, “The heart of man plans his way, but the Lord establishes his steps.” (Prov. 16:9) I had certainly planned my way, but God decided that something else was better for me. On the afternoon of September 24, 2019, I tore my ACL during a regular season game. That may seem bad, but it was actually one of the better things that’s happened in my life. I can assure you that the only reason I can write those words is because of the overwhelming grace of the Lord Jesus Christ and His blessing of peace in the face of hardship.

I remember laying on the ground in a fair amount of pain looking up at the puffy white clouds surrounded by powder blue sky and saying, “Well… I guess I’m not going to be playing soccer for a long time.” But I was at peace. Not physical peace, (my body was revolting against my brain by way of my nerves) but spiritual peace. In a singular instant, all of my plans disappeared, like a ninja who throws down smoke pellets in a movie and vanishes. But the newly created hole was not filled with depression and pain (as I’m sure it could have been). It was filled with submission. When I arrived at the hospital, people were telling me that they were sorry for me and they knew that this was very hard for me and that they were sure I was disappointed. But my response, that I attribute to nothing but the Holy Spirit was: “No, it’s okay, if this is God’s plan for my life then so be it.” I was, by no strength of my own, in complete submission to God’s will.

And God sustained me throughout the entirety of my long recovery. He made every single physical aspect of my daily life harder and in doing so, brought me much closer to His abundant love, mercy, and grace. He personally affirmed the principle that I had begun to write my senior thesis on: Christian joy is uncircumstantial. On September 24, 2019, God gave me a merciful gift.

Now, you may be wondering what my personal testament has to do with Rockbridge Academy. There are two connections. The first is that God has used Rockbridge to grow my faith and prepare me for life and all that it contains. I’m not saying that every student at Rockbridge will automatically become a faithful follower of Jesus Christ (because that is ultimately decided by God alone), but if there’s a school that is most likely to holistically develop children into sons and daughters of the living God, that school is Rockbridge Academy.

The second connection between my testament of God’s grace and Rockbridge is that the Rockbridge community reflected to me the love of Jesus Christ. The impulsive reaction of love and support that I received from the entire Rockbridge community represents what kind of community it is. From the instant I went down on the field, to the day I graduated from physical therapy seven months later, Rockbridge people have shown me great love. Rockbridge people went with me to the emergency room, some in the ambulance with me and some speeding ahead to get there before me. Rockbridge people, including the school headmaster, Mr. Griffith, came to check on me during my brief stay in the emergency room. Before I even made it home, Rockbridge people flooded my phone with texts, telling me that they had heard what happened and that they were praying for me. I knew that I had an entire community loving me and praying for me. And all this at a second’s notice.

The people of Rockbridge make up a community that reflects the love of Jesus Christ to all of its members and the rest of the world, and I am grateful in a deep way that I cannot adequately express, that I was able to have a share in it.

Zachary Reardon, ‘20, is a child of God who enjoys playing soccer, doing math and physics, and talking to people about God. He will be attending Drexel University to major in Mechanical Engineering.