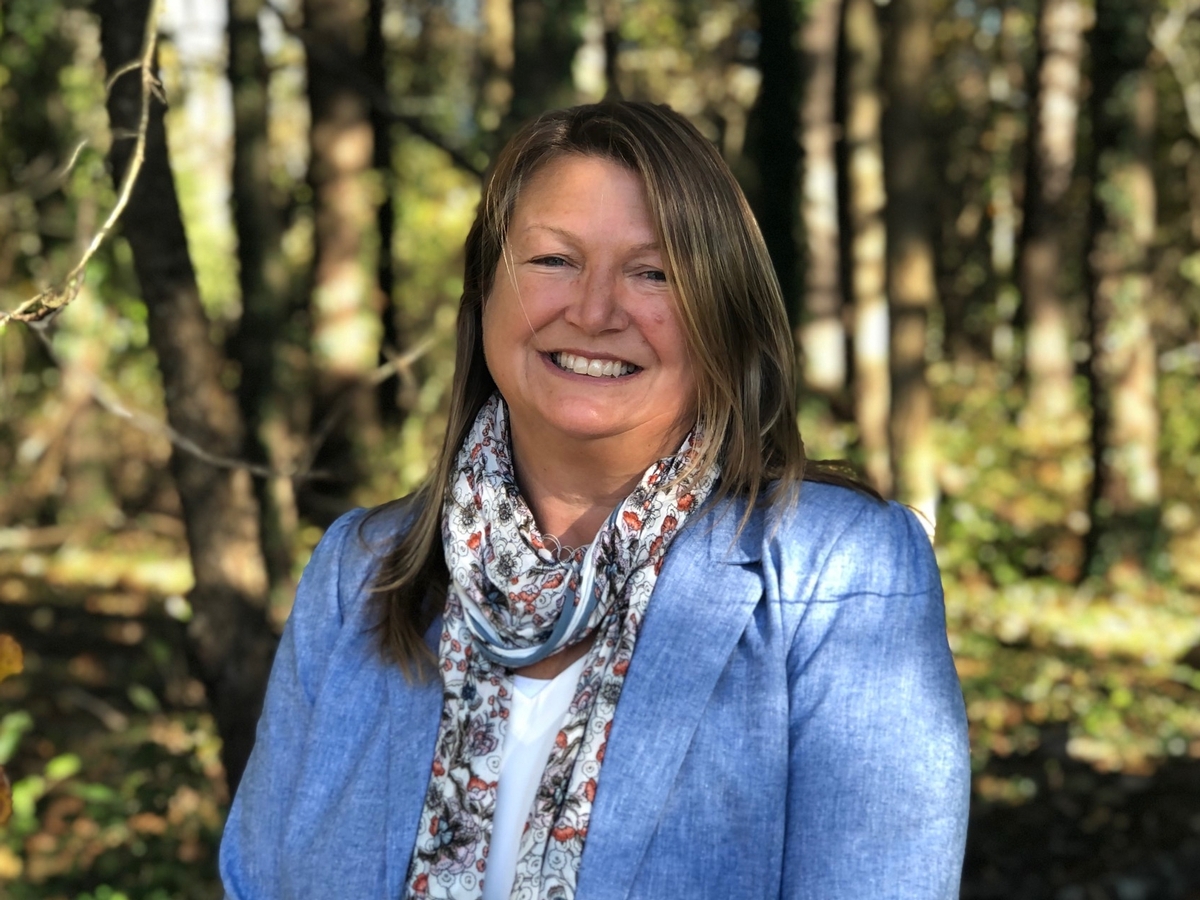 Mrs. Kim Williams is never without a mission. Whether she’s piloting airplanes, teaching medieval history in a 4th grade classroom, or raising her three children, she approaches her duties with determination and humility, giving God control of the cockpit. Many of us have benefited from her time teaching at Rockbridge—first 4th grade, now 10th grade Bible. But before she ever graded our papers, she served in the United States Air Force.

Mrs. Williams joined the Air Force when a recruiter came to her high school. Not only was joining the military a way to pay for college, but it offered her a chance to see the world and serve her country. She served 23 years total, 10 on active duty.

While on active duty, Mrs. Williams participated in several missions, but she especially remembers piloting the KC-135, “which was basically a big gas station in the sky,” she said. It flew in a circle at a fixed location waiting for planes to refuel. Sometimes, these planes would meet from two different Air Force bases across the country. Mrs. Williams described this meeting of two airplanes connecting mid-air in the same piece of sky as “a controlled collision.”

When she first became a mother, she left active duty and joined the Air Force reserves. During this time, she worked at various military bases, including Andrews Air Force Base and even the Pentagon. While at the Pentagon, she worked in the “Lessons Learned” office, where the Chief of Staff sent her team to various active duty units to interview soldiers who experienced an event or were part of a project that had remarkable mission impact. Gathering and publishing lessons like these could then educate or benefit the rest of the Air Force. “Maybe there was a big success story in a unit,” she explained, “and he might say, ‘Go capture why this was such a success. What made it a success?’” Along the way, Mrs. Williams learned her own lessons.

“Being in the military gave me confidence to try something new,” she said. “You’re always having to do something new. You just say, ‘Here I am, let’s figure it out.’”

While still in the reserves, she was called on an additional mission—teaching—a job she approached with the same can-do attitude. When she brought her daughter, Sarah, to Rockbridge Academy, she became interested in the Rockbridge mission. “I watched the teachers and how they had such a big influence on the young people they served,” she said, “and I thought, ‘Wow, this is a pretty neat mission, and I want to be a part of it.’”

At first, she thought she’d teach in the upper school. But when Mr. Mike McKenna, former Rockbridge headmaster, told her she’d teach 4th grade, she thought, “What in the world?” However, she soon came to love the age. “I love how they love you,” she says. “They’re not self-conscious, they’re just themselves. So, when Jesus says come to me like little children, this might be what he means, to come with hearts wide open, humble, and beautiful.”

Mrs. Williams taught 4th grade for 9 years. This past year, she transitioned to teaching the 10th grade Bibliology and Hermeneutics class. She taught many of her current 10th grade students when they were in grammar school, “so they know I’m crazy already,” she laughs. Despite the age difference, she hopes to integrate aspects of her 4th grade Bible curriculum into the 10th grade lessons, primarily using the book of Isaiah. Since Bibliology focuses on ideas, Isaiah will help her refer to tangible examples of those ideas. “God must have done that,” she said. “He puts these things on your heart.”

“It brings me a lot of joy to help people in the next step of their journey,” she said. “To watch people grow was more fun than flying airplanes, which perhaps not a lot of people would say.”

Mrs. Williams doesn’t fly airplanes anymore, but she still aims high. “Be ready for adventure,” she advises students. “Have a positive attitude in the midst of it, and be flexible, and have eyes to see those around you.” Though no longer serving in the Air Force, she’s still serving the Rockbridge community, and her unstoppable mission remains: pointing students towards the Lord.

Mrs. Williams graduated from the United States Air Force Academy in 1993 and reported to Pilot Training at Vance Air Force Base that same year.  She met her husband, David, in Pilot Training, and they were married in 1997. Navigating her own life in Christ, raising three beautiful children, returning to school for a masters degree in Biblical Studies, and serving in and out of the military in varied careers over 23 years of marriage has been both challenging and fulfilling. For Mrs. Williams, soaking in and teaching God's Word during these years has been one of her greatest joys.
Tags: Bible, teacher, upper school, Veterans
Posted in Upper School
Johanna Smith says:
Mrs. Williams is a beloved teacher in this community. One of the many reasons we love Rockbridge. Both our children had the opportunity and blessing to be taught by her, and she has left an indelible mark in their hearts and deepened their thirst for Christ.