Loving Words and THE WORD 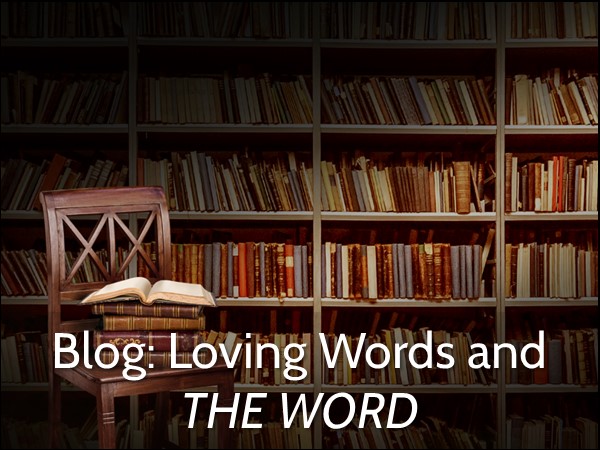 The following is adapted from a speech delivered by Heidi Stevens on September 29, 2022, at the Rockbridge Academy Library Grand Opening.

Long before Rockbridge Academy opened its doors in 1995—with three teachers and just shy of two dozen students—a small group of families gathered to dream and plan what a school like this could be. The founding families met together, read together, and prayed together, talking about building a place where our children could thrive and grow, where they could learn in an environment committed to academic excellence that encouraged them to take every thought captive to the obedience of Christ.

We loved our own children, of course, and dreamed of how a school like Rockbridge could come alongside and complement what God called us to as parents: training the children He’d given us to love their Creator with all their heart, soul, mind, and strength.

We also spent a lot of time talking about how what we were building should be built on a firm foundation that reached beyond our own generation. We spoke of cultivating a “500-year vision” for a place that would serve the parents of our community in educating our children’s children, and their children, and the children for generations beyond, if God would graciously bless and prosper the work.

In addition to talking about those things, you might be surprised to learn how that group of men and women regularly prayed for YOU. They prayed for you, and for your children, even as they went about the arduous work of building a school for their children.

Of course, we who were part of that younger Rockbridge Academy prayed fervently for our own children. But we knew that it was the next generation—and all the generations to come, long after we were gone - that would prove whether our work had been built on the right foundation or on shifting sand.  Consider the communion of saints—across time—who prayed for YOU, the Rockbridge parents of the future! You were prayed for: that you would be found faithful in seeking to raise your children in the fear and admonition of the Lord.

There were so many other things prayed for, But one thing—of particular significance for this night—was the prayer that the future students at this school would be lovers of the Word … and lovers of words.

And so, we dreamed of a library: of the smell of books and the lure of comfortable chairs; of a repository of the most wonderous stories and the greatest ideas of mankind; and of a gathering of the collected knowledge of God’s good Creation that has yet only begun to plumb the depths of its extravagant complexity.

We envisioned our children, and the many children to come, being enamored by tales of adventure that would whet their appetites for the real adventure of reigning and ruling as dearly loved sons and daughters of our Eternal Father King.

We smiled to think of our students being brought up on tales of bravery and valor, of justice and love, and all the other noble things that the truest and best stories are both made up of and point to.

We longed for our children to recognize the great Story behind all good stories: the story of a King who is making all things right again and restoring his original pattern of what’s Beautiful, Good, and True.

I was listening to an interview the other day with Carolyn Weber, whose memoir, Surprised By Oxford, is currently being made into a motion picture. Dr. Weber has been on the faculty of prestigious colleges across the United States and Canada, and she was the first female dean of St. Peter’s College, Oxford. She recently moved to middle Tennessee to begin teaching at New College Franklin, a small college that teaches the seven liberal arts—the trivium and the quadrivium—from a Christian perspective.

Knowing her vast experience but recognizing that many of the students she now teaches would likely have been classically educated, the interviewer asked Dr. Weber if she saw much difference between those young men and women and others from more traditional school backgrounds. Her answer struck me.  She said that the classically educated students, for the most part, could “think in the dark”  in a way that many of her past students couldn’t.

We want our students, who’ve been trained to read in such a way, to have this place to come and experience the riches you see around you. To be lovers of words who come here to be with—to pursue—ideas made incarnate on these printed pages. May they do so, reminded of that more excellent Word and truer Incarnation who came to be with—to pursue—us.

Heidi Stevens taught art and humanities courses for twenty years and now serves on the Rockbridge Academy Board of Directors. She and her husband, Rick, have two grown daughters, both Rockbridge graduates.