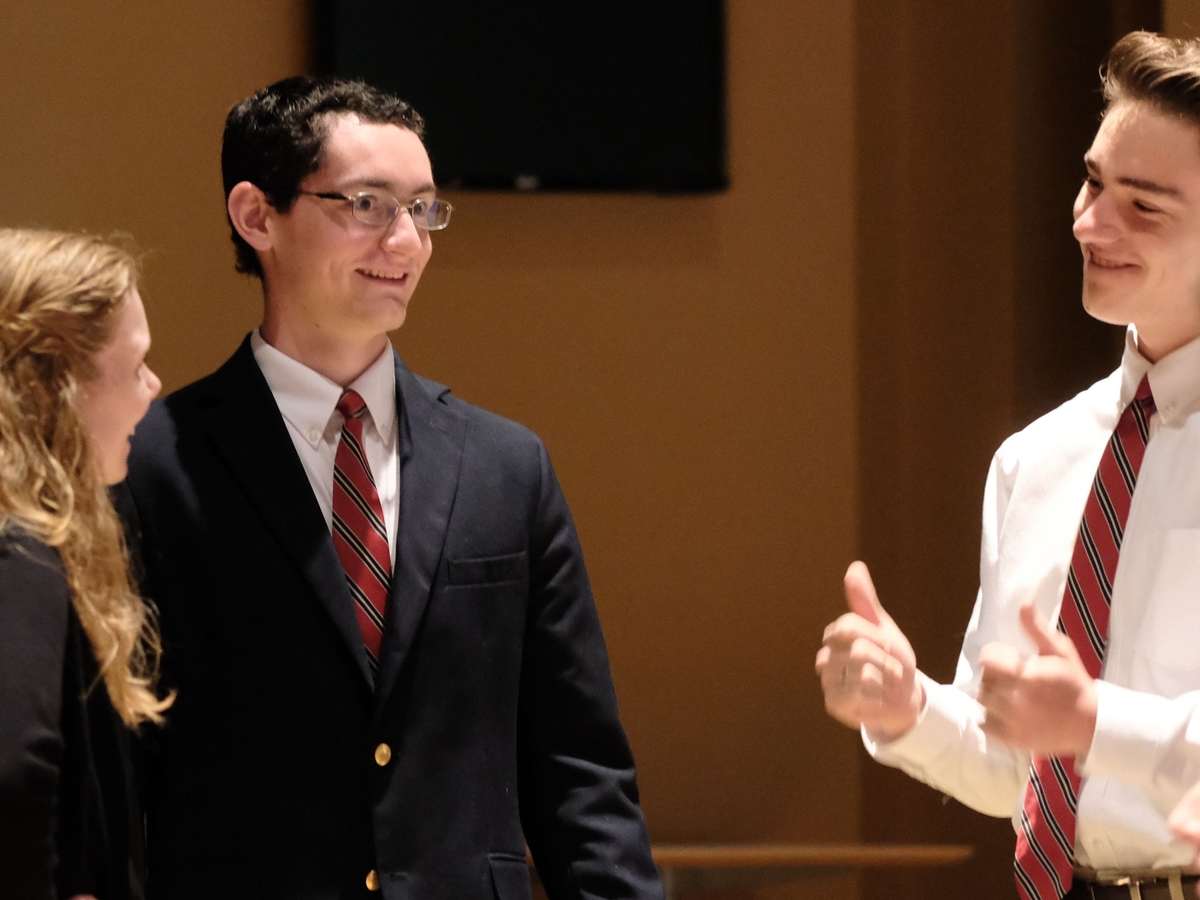 Rockbridge math prepares students to embark on the adventure of studying math as a product of God’s character and creativity. Alumnus, Nathan Daly, describes his experience on this adventure.

As a proud Rockbridge graduate and a firm believer in classical Christian Education, I would have loved to talk about how I, as the one classically-trained student in my college math classes, was easily the best prepared, and about how easy and boring those classes were compared to Rockbridge math. Except that’s not true. I did well in my math courses, but there were others who did far better. And my freshman calculus course challenged and excited me more than all the math I did at Rockbridge.

A part of me feels disloyal when I say that. Did my first year of college math prove that Rockbridge isn’t all it’s cracked up to be?

There’s an explanation which I find compelling. What if the greater enjoyment of my college math course shows not that Rockbridge is teaching math wrong, but that Rockbridge is teaching math right? Think about it. Would you really want to graduate from a school that teaches math so well that all your future math courses seem uninteresting? I wouldn’t. I wouldn’t even say that school teaches math well.

Take a different example: if a trained pianist enjoys playing Beethoven more than he enjoyed playing Hot Cross Buns for his childhood teacher, is that a failure on the teacher’s part? Of course not! The other outcome would be insanity on the student’s part, in preferring Hot Cross Buns. Instead of chiding the teacher for not teaching a third-grader Beethoven, we should praise him for setting that third-grader on the path to one day playing and enjoying Beethoven.

So too with math. Rockbridge teaches the uniquely Christian view that math is God’s invention, man’s discovery. It’s not merely a toolkit but a journey. A voyage of exploration through God’s creation. An adventure. And in an adventure, there’s only one way to go—forward. No matter how much math I know, no matter how well I know it, there’s always more to discover. What matters most—and this is why Rockbridge succeeded—is not the speed of your ship or the skill of your crew but your thirst for adventure. Rockbridge gave me a thirst for adventure so that, as I found more and more of it, I could enjoy it not for its own sake or for the sake of what I could do with it, but for the sake of the unspeakably inventive God who made it.

The old sea-charts marked unexplored borders with the warning, “Here there be monsters.” The Rockbridge math curriculum is like those charts. We learn where the monsters are: the mysteries and the unexplored reasons far beyond what we can see for ourselves. We learn to respect and fear them, and for the time being to steer our minds along known and safer paths. As we mature those paths lead us further and further from the shore. What lies beyond our knowledge is not the edge of the world, a mere nothingness or confusion, but a whole new ocean of mystery and adventure shaped by God’s hand.

In my freshman calculus course that adventure began in earnest. We sought out the hidden reasons and connections, and when we met a monster we fought it. Slowly, and with great difficulty, we discovered new lands and seas and began to map and classify the wonders we found in this new world. Sometimes we found gold—powerful mathematical tools that we could apply to our ordinary studies. But other times it was strange-shaped fruits, sweet-scented flowers, and bright-winged birds—things unexpected and beautiful, and gloriously unfit for any use but to be enjoyed. This was the adventure of math, growing grander and more mysterious with every passing semester.

But why doesn’t learning math always feel like this? Well, it’s one thing to hear about the mysteries of the great sea while swabbing decks and learning to sail on a little merchant ship, and quite another to stand at last at the wheel of your own ship, drinking in the breeze that no other lips have ever tasted, steering by stars you have never before seen, and watching all known lands drift away into the horizon while untold wonders rise out of the sea ahead. Adventuring takes patience. But Rockbridge taught me that patience will never be wasted. God will always reward it with an adventure only He could think up.

Nathan Daly, '19, will be your friend for life if you buy him a good literature or theology book. He currently studies Computer Science and Math at Johns Hopkins University, in hopes of one day being able to buy his own books.

Tags: math adventure, studying math
Posted in Upper School
Mrs. Marsh says:
"So far as I know we did not set sail to look for things useful but to seek honor and adventure. And here is as great an adventure as ever I heard of ... " -- Reepicheep