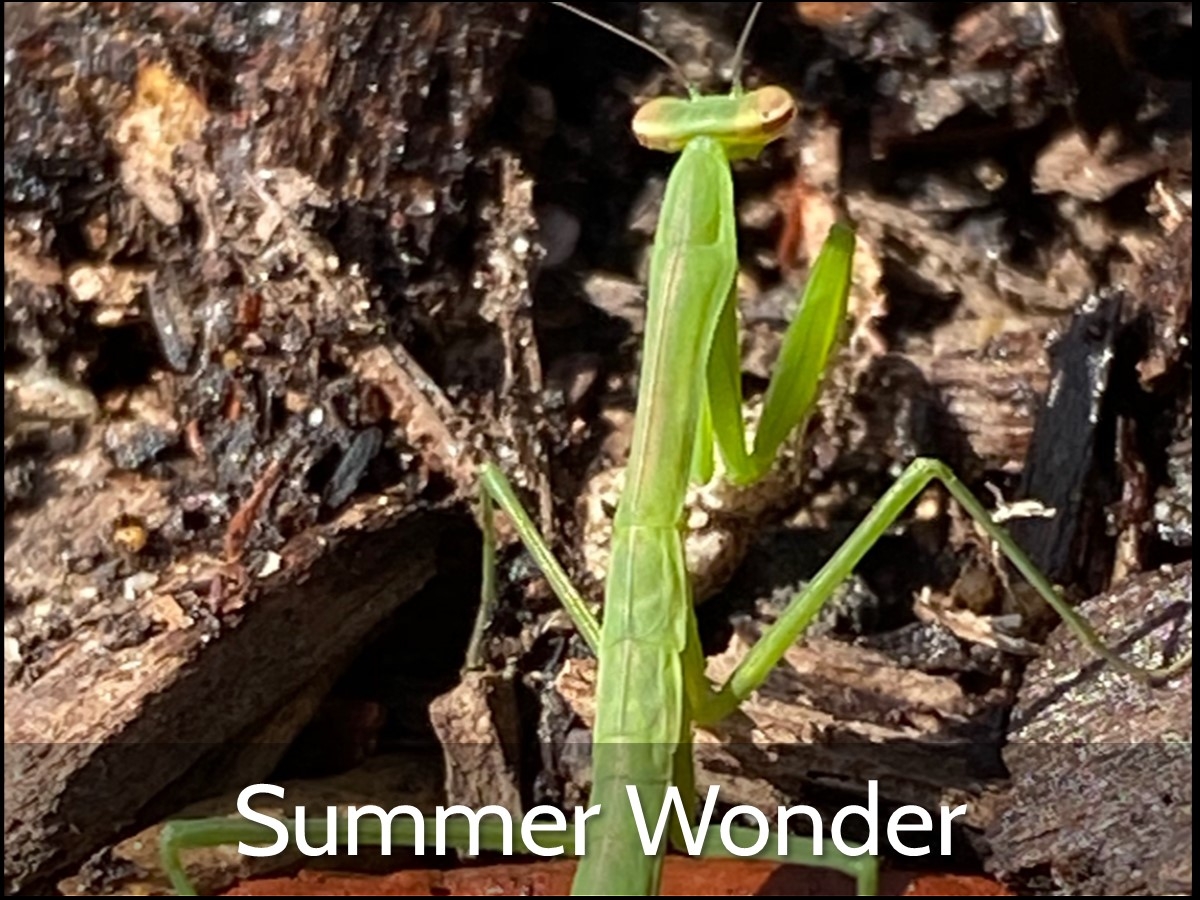 Every year, Rockbridge Academy hosts a summer’s worth of camps to give students an opportunity to see school friends and wonder at God’s creation as they meet it face-to-face. For the first time, these camps are being held at our own campus, where the campers started by helping build a garden and competing in their own Olympics. I interviewed Mrs. Elizabeth Mackes, a third grade teacher who led Going to Seed and Creatures of the Air & Sea, Mrs. Melanie Kaiss, the Grammar PE teacher who led Olympics and Soccer, and Claire Mackes, a Rockbridge alumna who assisted as a camp counselor.

How does your camp fit into a classical education?

Mrs. Mackes: “Classical education allows the student to learn in an environment guided by the teacher. The beauty of summer camp is that instead of a classroom lesson on plants with a focus on seeds, we don't stop with looking at the seed. We don't stop with examining seedlings.  Instead, we designed and planted three 3x6 foot garden beds, ate seeds (popcorn), and collected rolly-pollies.”

Mrs. Kaiss: “Discover Summer is meant to be an extension of Rockbridge Academy's classroom learning where the students are getting to explore deeply and "discover" the wonders of God's world— a many-faceted, infinitely imaginative world. My camps help students explore the wonder of their bodies and the myriad ways God has made it to be used.”

Why is wonder important for the classically-educated, Christian student?

Claire Mackes: “God made creation extremely functional and pragmatic, yet also beautiful and detailed in ways that may seem to us to be unnecessary. To see creation and not wonder at it is to see the work of God as a true artist and scientist and not praise him for it. It would be out of place and dishonoring. We should naturally wonder at creation and this wonder should lead us into praise and love of our Creator.”

Mrs. Kaiss: “Wonder is important in education for the simple reason that it is the most God-like thing we can do. God has given us the Bible to explain his plan of salvation and to teach us much about His character and His love for us. But by creating the world and placing us in it, we discover a God who is wholly uncontainable, with infinite imagination and unlimited creativity.”

Mrs. Mackes: “When you see the detailed attention God gives to his creation, when you understand the incredible inter-workings of the food chain, and marvel at the way plants and people trade Oxygen and Carbon-Dioxide. You cannot help but marvel at the way God attended to our needs so efficiently. When you see a moth wing, an owl wing, a goose wing, a wild turkey wing, a foot of an owl and one from a wild turkey, it is impossible not to appreciate the artistry and beauty God places in the most humble places in our world.”

How have students experienced wonder during camp?

Mrs. Kaiss: “The wonder comes when students’ hard work, perseverance, and reliance on God’s help turns them from ‘I can’t do this’ to ‘Hey, maybe I can.’”

Mrs. Mackes: “Every day there was something. I think a good example is in a video I received after the creatures camp ended. Two brothers were out having crabs at a restaurant. One brother, a rising first grader, was in the video, mallet in one hand and rather mangled crab in front of him, asking where exactly he might find the anus of a crab, because we had seen the fish and the lobster and discussed that every creature that eats must have the ability to eliminate waste. The way he connected those conversations and his specimen and explained to his mother the problem a crab would have if he did not have a way to eliminate waste was a beautiful example of wonder, recall, logic, and inquiry.”

What’s significant about having a permanent garden and campus?

Mrs. Kaiss: “Who doesn't want to have a home? Our own campus gives us a sense of our own place. And, wow, what a great place! The advantage has been in a bevy of gifts we have not had in the past like playing fields, a playground, a beautiful gym, and indoor bathrooms. God has graciously provided all we needed over 25 years, so no complaints here. But, oh how this campus feels like the promised land!”

Claire Mackes: “Having a permanent garden means that the students can watch and wonder at every step of gardening. They place the tiny seeds and give them water. They watch the small sprouts begin to shoot up while continuing to tend the garden. They can observe the amazing diversity of the plants that grow. And they can eventually enjoy the produce, fully understanding where it came from. At the end, they’ve practiced patience, and they learn how to care for God’s creation and enjoy its fruit.”

Mrs. Mackes: “At Evergreen, we have only to step out the door, and we are in God’s classroom. This year, of all years, it is the greatest asset we have!  In a year that it is scary to be in a closed classroom of people, what a tremendous blessing to be able to walk outside and teach almost any subject at a safe distance in fresh air!

Of CHRIST and Core Values
5 Helpful Tips for Transitioning into Grammar School--Welcome!
The Story of Our Experiences Told Through Music
Not to Be Served But to Serve
Jesus Is Better...Forever!